Taking this project to a new city is so much fun, you never now quite what to expect and Seeding Sydney was no exception!!
The project was installed at Gaffa which is centrally located in the CBD, a great alternative venue offering a creative outlet and meeting spot which was easy to access by public transport.
I felt like i dropped in from an alternate universe and it took me a while to orientate myself beyond the key features of the train station and the gallery, so the two walks I had planned were an excellent way to branch out and explore the city street scape.
Luckily the weather was fine and after consulting with Danielle, Clare and Jane we headed off in the general direction of China town.

It soon became apparent that the street sweepers had recently passed through and plastic fragments were proving hard to find than expected. 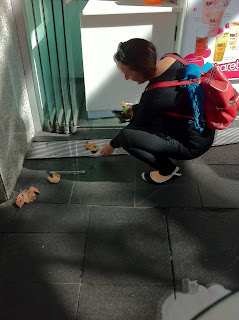 We headed down smelly back allies but still pickings were rare. 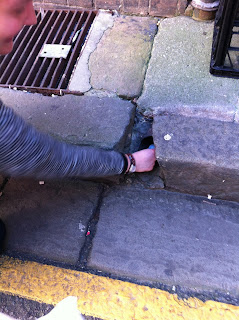 When we set up a work space in China town we soon realised why as we observed roving street cleaners sweeping up foot paths with pan and brooms. 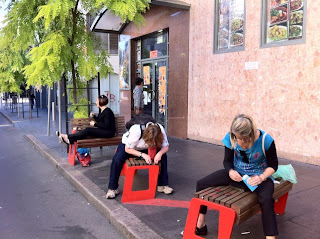 After everybody had got to grip with the seeding process we headed over to Darling Gardens, along the way we found promising results in planter boxes and gardent beds. 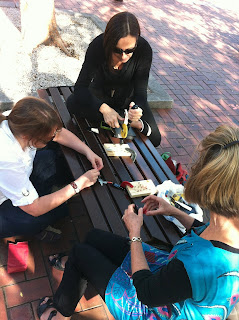 We adapted some seating in Darling Gardens, every one worked happily away under the shade, lots of discussion and sharing of perspectives which is something i always enjoy. 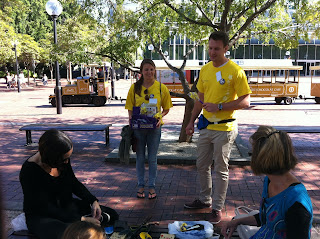 This site was one of the more social i have encountered we had several people passing by come over and chat to us about what we were doing.

We returned to Gaffa and while i had some other planning to busy myself with the participants continued working in the gallery. Such a lovely outing!!!

The following day i met Felix and Michelle outside Gaffa and based on the previous days experience  was decided to head over to Pyrmont. 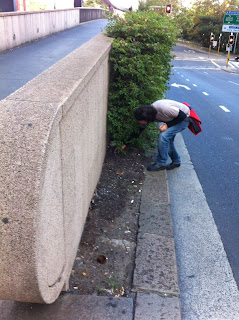 Once again the participants were enthusiastic gatherers but i was little anxious that we weren't finding much good quality waste plastic.
No plastic is a good sign,  but it makes the collecting aspect of the walk take much longer and shortens the making time. 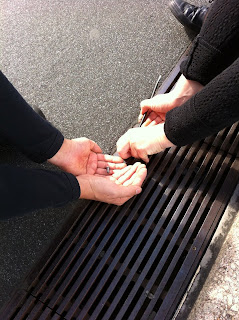 But with some great team work we continued on and set up on the seating of Pyrmont Bridge. This is where the walk got interesting because for the first time in all my time working on this project we were asked to move on, which we did eventually but not immediately!! (no photos sadly too busy dealing with security guard :( ) 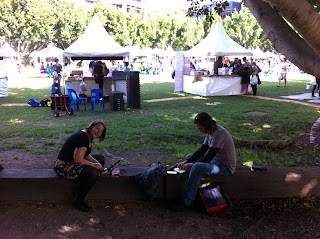 Wow, seeding Sydney was proving challenging but in good spirits Felix and Michelle continued on and we found a site to set up and work under some Moreton Bay Figs alongside a farmers market.  It was a great spot to work, chat and buy a tasty bite to eat, but after the market began packing up we decided to continue on in search of better material. 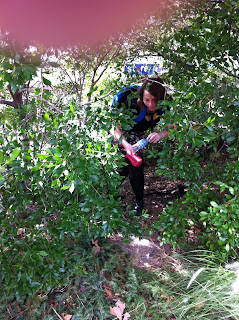 After walking around the block I was still surprised how little we were finding, Pyrmont was cleaner than Ponsonby! 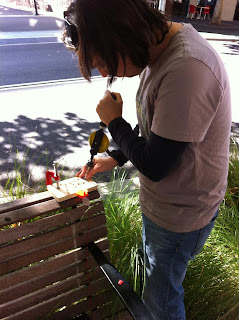 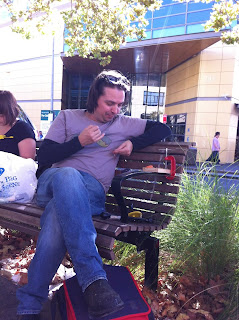 Our last set up was a bench seat on the corner of a intersection. 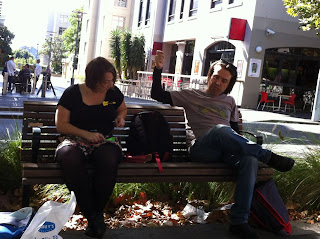 It wasn't too busy with cars, some occasional foot traffic a perfect site for seeding and some more in depth philosophical conversation. 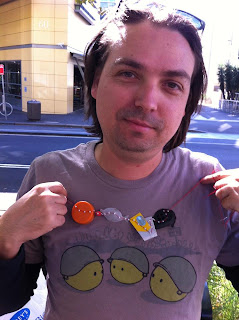 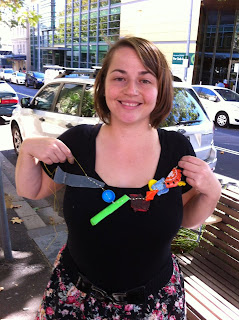 Thanks to all who came along to the exhibition and on the walks, please feel free to explore the process in your own way and I would really love to hear of what you did or how you went about it.

Posted by roseanne bartley at 8:16 PM